Prom is a special event that celebrates your accomplishments throughout your academic career and signifies a passage into adulthood. The Prom Tradition of exchanging the bow tie for the prom garter began over 45 years ago in a small town in the Midwest where two high school sweethearts wanted something to remember what was the most exciting night of their lives. The young man removed his bow tie and clipped it comfortably around his dates neck. Quick to return the gesture his girlfriend removed her prom garter and proceeded to position it around his arm where it would remain for the rest of the evening. From that moment on the Prom Tradition was born! 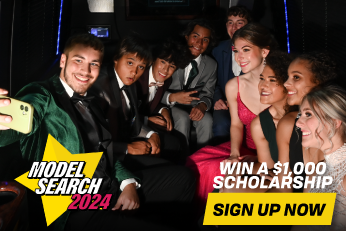 Sign up now and have a chance at winning a college scholarship! 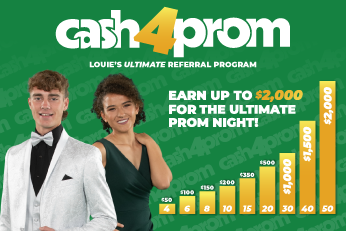 Sign up to be a Prom Rep for Louie's Tux Shop and earn up to $2,000 for the ultimate prom! 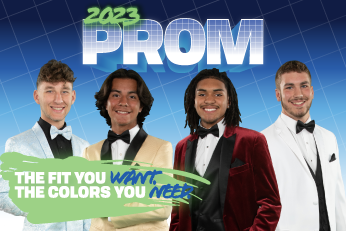 Choose from the widest collection of customizable prom styles and colors you won't find anywhere else!